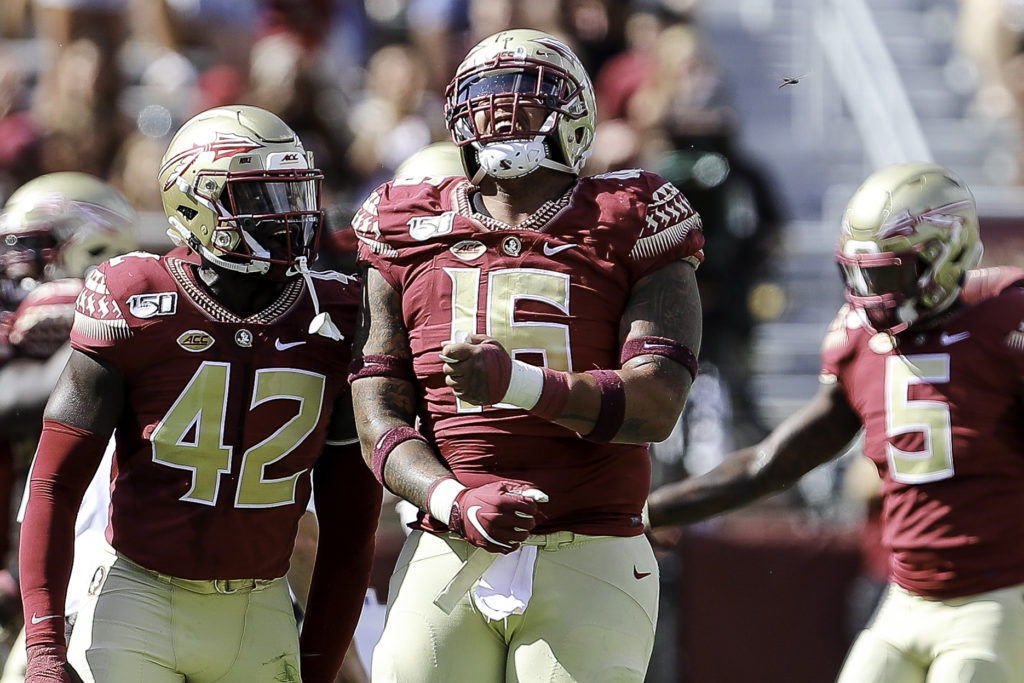 Yes, yes, yes, I know. Again, not an instant reaction, but I haven’t rewatched the game, so it’s instant enough.

Maybe it’s not the complete game we all have hoped for all year, but it’s something. We proved that we can play and not fold under pressure. We proved that we can overcome adversity. As Henry Ford said, “Whether you think you can, or you think you can’t–you’re right.” And maybe, just maybe, we earned not only a win in this game, but we earned some confidence as well.

What do you do when your leader goes down? How do you respond? We had to answer that question this week, unfortunately. And, for what it’s worth, I think that Hornibrook acquitted himself nicely. For me, though, the jury is still out. I want to see what happens when a team game plans for him. I don’t think Louisville was prepared for Hornibrook. That being said, he did some nice things. He:

The offensive line still misses Jauan Williams, but they’re definitely finding some ways around this issue. The unbalanced line in the first quarter was a nice quirk of a play, and I liked seeing the Wild Cam and direct snap plays. These got the ball to your playmaker immediately and gave us a chance. Speaking of our playmaker, Cam Akers is still playing like a man possessed. He’s a joy to watch.

Also, actually working the clock at the end of the game is nice. Even though we don’t want to slow down, sometimes the situation dictates that it’s wise. We must, however, still learn how to make adjustments at the proper time and learn how to counter what is thrown at us quickly. The offense can’t just disappear for quarters at a time and expect the defense to be fine. We must be better. I understand we were 9 points down from what we should’ve been, but kicking field goals is more of a symptom of the same problem – not scoring touchdowns.

What was said about the offense also goes for the defense. What do you do when a leader goes down? How do you respond? The defense is still extremely suspect and I don’t trust it still, but it is better and growing in competency. Losing Lars-Woodbey is a major blow – the kid has heart. Somebody has to step up and be a man at each level of the defense. Someone has to be the leader that says “It stops here.” Who is going to be that player?

Schematically, I still think we need to be more aggressive. In the first half, the defense faced 2 drives of 7 or more plays. In the second half, that doubled to 4. Does that mean that we’ll give up long plays? Sure. But does it mean that we end drives quicker and flip field position due to TFLs and turnovers? Absolutely. With this offense, you need to play to its inherent strengths – scoring points. More at-bats mean more points.

Couple things about attendance. The TV view was misleading – the west side was full. That being said, if you care enough to read a 700-word article and follow us like this, you need to be in Doak every second you can. Even if it’s on the sunny side. We are Seminoles. We are the Unconquered. It’s time we stepped up and cheered like it. Hell or high water, we yell and scream and holler for our team.

In the game itself, the fans did seem to make a difference. After the bomb to Fitzpatrick, the stadium was very subdued. But by the time we punted again, it seemed the stadium had decided in unison that we, the fans, would not allow Louisville to steal our energy. The fans came to life and the team responded, forcing a turnover. So go to the game. Sing the fight song. Do the Warchant – loud. When we’re on defense, make Doak rock. We have a night game up next. Let’s make Doak come alive.

I agree, we can’t have empty seats. Even Tennessee has full seats and that team sucks. So does Arkansas and Vanderbilt. But their stands are always full at the start of the game every home game.