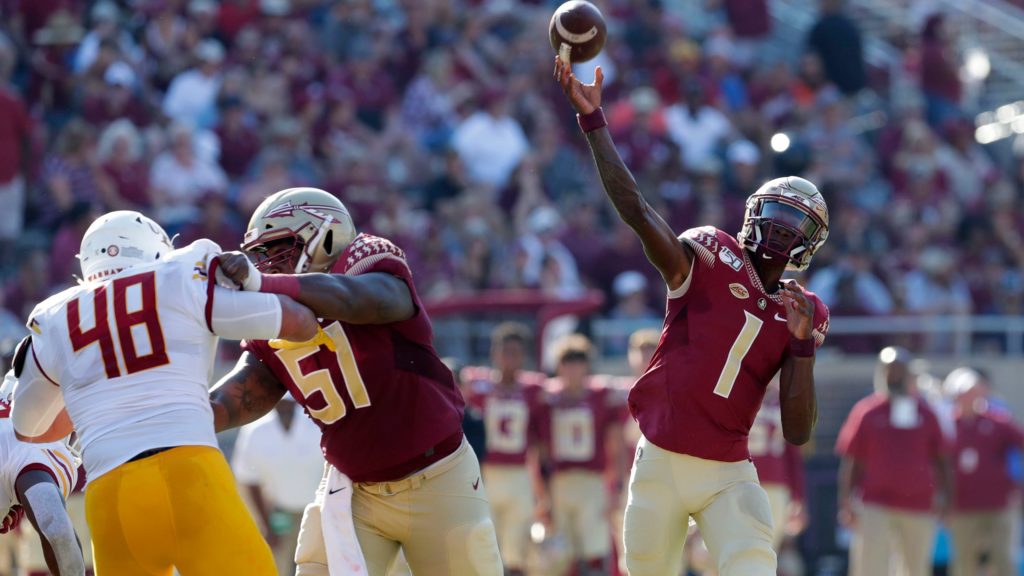 I don’t want to sound like we’re repeating ourselves here, but we did a piece on Mental Midgets last year. This year isn’t much different. What’s different now is the side of the ball that has to be bailed out. Our defense is consistently soft, passive, and prone to loafing. This cannot happen at Florida State. This is Florida State, the home of DBU, of hard-nosed, aggressive, punishing defenses that outwork you and punish you. This is not that. Defensively, the message isn’t getting through. The seniors do not set the expectations and are not punished for it.

The offense, on the other hand, is tasked with scoring enough points to outpace the defense. We’re asking a unit who was inept a year ago to outscore an inept defense. This is not fair. The offense, outside of pushing and making mistakes, played relatively well. Can the coaching staff clean things up? Sure – keeping the ball high and tight needs to be a priority. Making the right decision needs to be a priority.

Are there ways we can blame some of these things on the previous coaching staff? Absolutely – but with every passing game that we play this brand of football, the more blame shifts to the current regime. Somehow, the message of toughness hasn’t made its way into the culture. Somehow, the discipline we were promised hasn’t shown on the field.

I see what’s happening at my alma mater. It reminds me of the days in the mid-2000’s when I hated being a diehard Nole at school. Those were not fun days, but there was hope. The new coach was already on staff, the old was on its way out. There was light at the end of the tunnel. Right now, it’s awfully hard to see any light.

At some point we have to start wondering – Does Willie Taggart have a matrix of punishments for selfish plays that the FSU players make? Tonight there were multiple personal fouls and unsportsmanlike penalties. Dontavious Jackson still makes freshman mistakes despite being a “senior leader” of the team. If there is a punishment for these mistakes, they must be very light, as our players continually love committing them.

Most FSU fans should just hope Cam Akers goes pro after this year. He continually takes beatings, but is a bright spot. Tonight he put the offfense on his back, gaining over 200 yards. While not appreciated nationally, we know the truth about Akers.

I believe in Blackman but we’re all starting to see the reason 12 kept getting the start over him even after the lack of plays made on the field. We should at least give Hornibrook a shot and see what he looks like, what do we have to lose it can’t be much worse. Although, Travis showed he could get the ball out quick and hit a lot of the short underneath throws in the spring game and maybe that’s what we need to go with. We’d keep the drive going longer and have more time of possession which might… Read more »