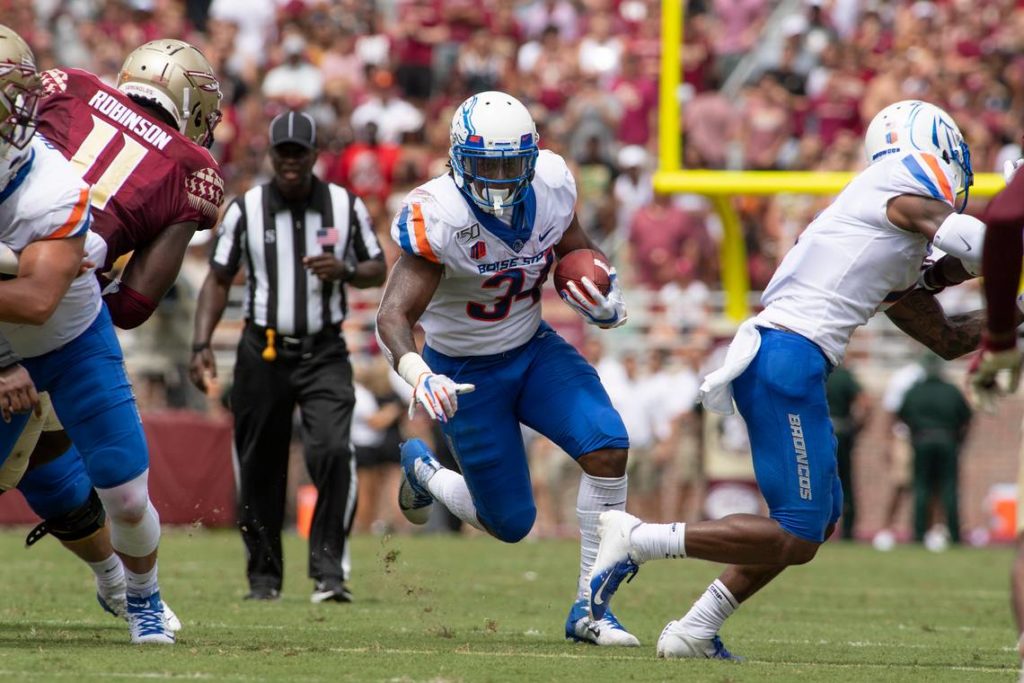 I seriously considered entitling this piece “The Strange Case of Dr. Jekyll and Mr. Briles.” It was a tale of two halves, and only time will tell whether we’ll see more of 1st Half FSU or 2nd Half FSU. Do remember that we write these Instant Reactions without seeing any film or re-watching the game, so we reserve the right to both be wrong and to change our minds.

Well, it was nice while it lasted. FSU got off to a 31-13 lead, including a 21-6 lead after one quarter. I didn’t know we were allowed to get into the twenties that early. We saw the best of the FSU offense early on – good blocking from receivers and tight ends, good blocking up front, and lots of explosive plays. Blackman executed quite a few run-pass options correctly. Exactly what you hope this offense will be.

And then it stopped. Just like someone flipped a light switch.

FSU had 350 yards at the half, and finished with 426. It went cold. The line, which had kept Blackman clean for most of the first half, started allowing pressure in the quarterback’s face. The receivers weren’t able to get open, and the run game was swallowed up. The play calling became less creative and more predictable. FSU finished 1-11 on third down. Credit Boise – they did a great job.

The questions remain: which team are we? Can we become consistent and play a whole game?

I’m way more concerned about the defense. While Boise does have a really good offensive line, we had showed some ability to stop the run. It did not continue the entire game. Boise was 10-19 on third down conversions, we couldn’t get off the field, and by the end of the game, our defense was gassed, having defensed 108 plays. The running game was there most of the game, and we couldn’t stop it. We had issues wrapping up and tackling, not just shoulder hitting. Our ability to pressure the quartefrback was relatively consistent. However, either the play calls were off, or our defense doesn’t understand how to run it. The Broncos always seemed to find holes in the zone, and picked up first downs in key situations.

One thing I did like were the turnovers. FSU looked like they were trying to force fumbles, which was very helpful for our offense.

I understand that it was 90*+ out there, but if you’d have dressed both teams in white and asked me to tell you which one was from Florida and which was from Idaho based on cramps alone, I would’ve gotten it wrong. We looked out of shape and unfamiliar with the heat. This needs to change before we start ACC play.